Sir Horace Curzon Plunkett (1854 – 1932) was the third son of Lord Dunsany, an Irish peer. Raised at Dunsany Castle in County Meath and educated at Eton and Oxford. After graduation, he entered into the management of the family’s estate in Dunsany and the management of extensive business interests in the UK mainland. 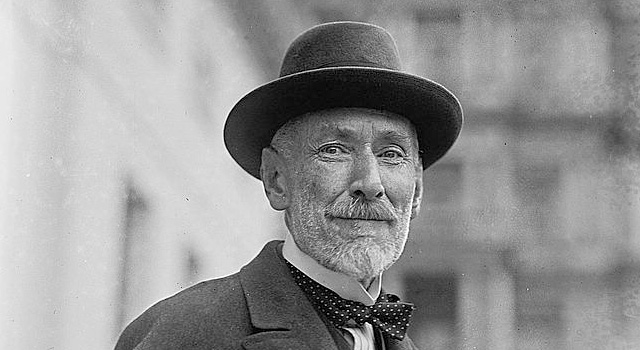 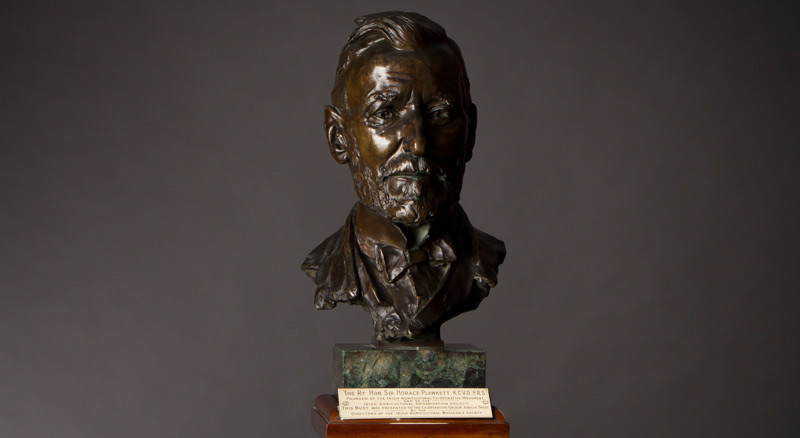 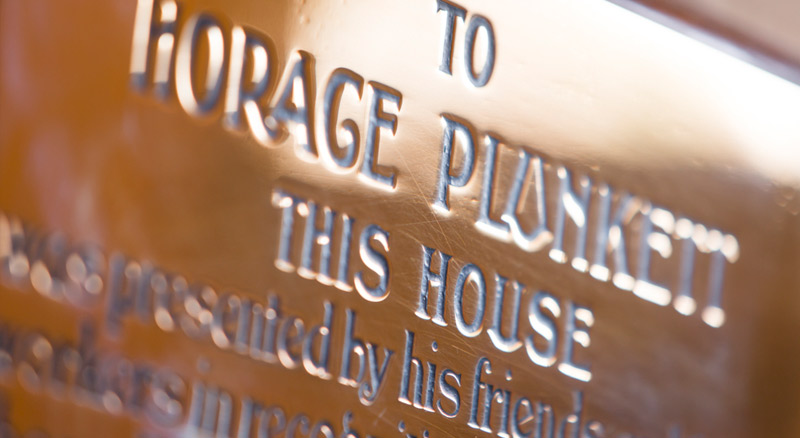 In 1908 public appreciation of Plunkett's service was marked by the purchase and gift to him of 84 Merrion Square, Dublin.

Ill health caused him to seek out drier climes and he spent ten years cattle ranching and engaging in a variety of other entrepreneurial activities in Wyoming. He returned to Ireland on his father’s death in 1889. Prior to going to America he had founded a small retail co-operative in Dunsany probably motivated by his exposure to new social ideas while a student in Oxford, among which would have been ideas related to co-operative organisation, particularly in the rapidly growing consumer co-operative movement in the United Kingdom.

Plunkett examined the rural Irish economy on his return from the US in 1889 and identified production and distribution as the primary agricultural problems. He quickly identified the co-operative organisation of Ireland’s new landowners, the emerging small farmers, as potentially more fruitful subjects for the promotion of the co-operative business model. Irish rural society was still emerging from mid-century famine, competition from Europe and the USA was increasing. Basing his structure on the model of Scandinavian co-operation and Laval’s invention of the steam powered cream separator, Plunkett established co-operative creameries, first in the south of Ireland and thereafter all over the island. The structure and rules of the co-operatives were based upon the principles first articulated by the “Rochdale Pioneers in 1844”.

Farmers were at first suspicious of a landlord and a Protestant, and the early years were a constant struggle against commercial opposition and intrinsic pessimism. But the idea was sound. Irish farmers soon appreciated the benefits of controlling the production and marketing of their milk. By 1891 fifteen co-operatives had been established and by 1894 33 co-operatives had been established, the co-operative idea was gaining momentum. In 1894 Plunkett founded the IAOS. The aims of the IAOS were to improve rural conditions by teaching the methods and principles of co-operation as they applied to agriculture and to use business techniques to benefit the rural community. Four years later there were 243 affiliated societies. By 1900 the numbers of co-operative societies had grown to 374 with a membership of 36,683.

Although the co-operative movement was Plunketts life work, he also chaired the “Recess Committee” that led to the creation of the Department of Agriculture and Technical Instruction; served as its first Vice President ; served for a quarter of a century on the Congested Districts Board; chaired the Irish Convention that sought to deliver a solution to the Irish Question; was deeply engaged in the creation of the Country Life Commission” in the United States where his ideas had influenced President Theodore Roosevelt; sat for seven years as an MP at Westminster; while at the same time managing a variety of personal investments and commercial interests.